GOCSD exists to serve our members by promoting collaborative professional learning, advocating for and celebrating the educational profession, and promoting meaningful partnerships with businesses.

The vision of the Greater Ozarks Cooperating School Districts (GOCSD) is to advance educational opportunities for ALL students in the Ozarks so they can be successful at any career or ready for college. GOCSD is focused on building the capacity of every teacher and leader in the region to become a high quality educator. The expectation is to engage regional educators in collaborative, high quality professional learning opportunities that promote rigorous and engaging classroom learning experiences. 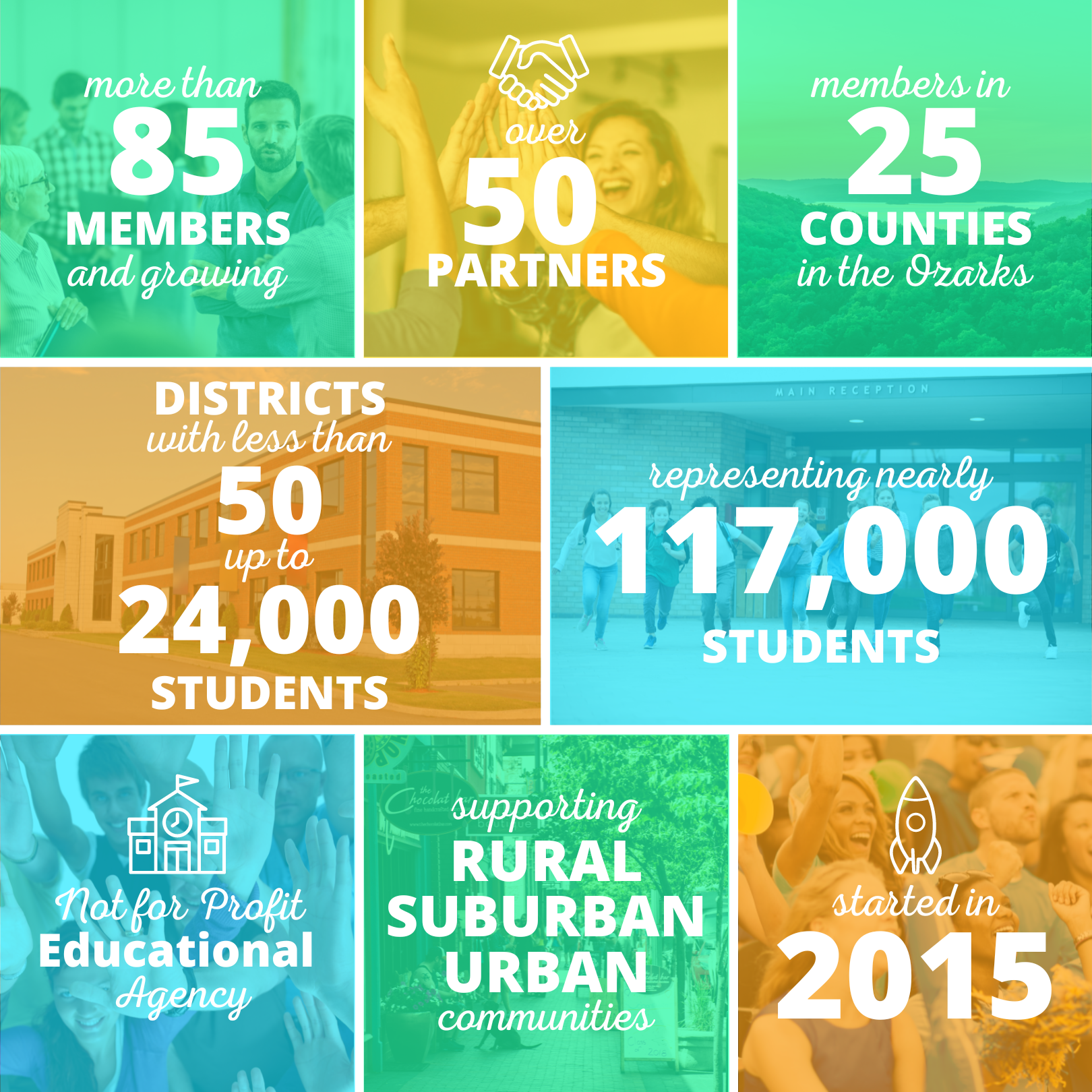 During the 2014-15 school year a small group of Southwest Missouri superintendents began the discussion of forming a Southwest Regional School District consortium. These discussions continued and the group began to grow. In the Spring of 2015, eleven school districts agreed to form a cooperative of school districts.

The organization was named The Greater Ozarks Cooperating School Districts. The GOCSD By-Laws were approved and the State of Missouri recognized the organization as a “Not for Profit Educational Service Agency.”

The 2015-16 school year was GOCSD’s first year as an organization, and by the end of the year, 28 member districts were represented. Currently, GOCSD has 75+ members districts in 25 counties, representing nearly 117,000 students. GOCSD consists of rural, suburban, and urban communities representing districts with enrollments of less than 50 and up to 24,000 students.

Everything GOCSD, in your pocket!

Download the app for free. Search GOCSD in the Apple or Android App Store.

With the GOCSD app you will receive notifications about our new events and new content in our on-demand Professional Learning Catalog. Scroll a list of our upcoming events and register right from your phone. You will get updates about our Innovation Summit Conference and receive our news and social media posts.